Can Jeff Flake– And Perhaps Mitt Romney– Bring The Cult To A Grinding Halt?

This originally appeared on downwithtyranny.blogspot.com 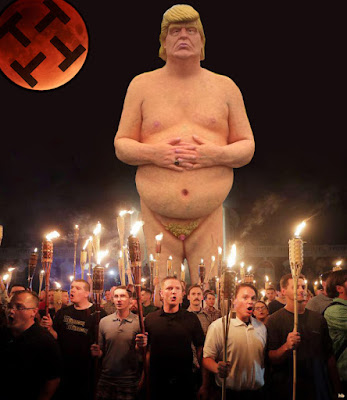 Incipient tyrants and fascists always seek to destroy media and the judicial system before their authoritarian assault begins in earnest. One would have to have been in a coma for the past 19 months not to have noticed Señor Trumpanzee’s attack on the mainstream media. He’s also been remaking the judicial system by rushing through the worst judges every nominated in recent history. And he’s still on the attack against the judiciary. This tweet was from yesterday: 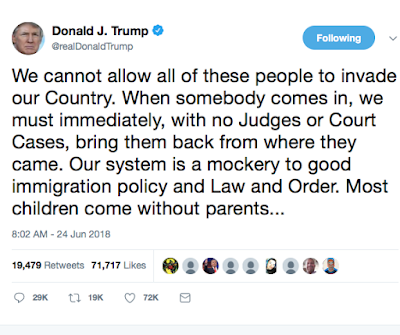 I’m guessing that every Republican politician noted how effortlessly Trump disposed of Mark Sanford, a tepid congressional critic, a couple of weeks ago– all it took was one tweet on primary day and Sanford was upended by a relatively unknown self-funder in a moderate South Carolina district. That was a warning shot across the bows of any Republicans who were thinking of separating themselves from Trump, his regime and their fascist agenda.

Over the weekend, Mitt Romney wrote an OpEd for the Salt Lake Tribune, Where I Stand On The Trump Agenda. “I will,” he wrote, “support the president’s policies when I believe they are in the best interest of Utah and the nation. I have noted, the first year of his administration has exceeded my expectations; he made our corporate tax code globally competitive, worked to reduce unnecessary regulations and restored multiple use on Utah public land. In addition, I am pleased that he backed away from imposing a 35 percent tariff on all foreign goods.”

But I have openly expressed my disagreement with certain of the administration decisions such as the withdrawal from the Trans-Pacific Partnership (TPP); I want more markets open for Utah and American goods. I also oppose broad-based tariffs, such as those proposed on steel and aluminum, particularly when they are imposed on our allies. I agree, however, with narrower penalties levied on companies or nations that employ unfair trade practices, such as China.

I have and will continue to speak out when the president says or does something which is divisive, racist, sexist, anti-immigrant, dishonest or destructive to democratic institutions. I do not make this a daily commentary; I express contrary views only when I believe it is a matter of substantial significance.

Meanwhile, Trump can’t do much to Arizona Senator Jeff Flake. Flake, who’s been far more of a critic of Trump’s than Sanford, decided to retire, so he won’t be facing a primary, a primary that will now result in one of three Republicans who are each polling behind Kyrsten Sinema, the putative Democrat in the race.

On Sunday, Flake told ABC-TV’s George Stephanopoulos that he and what he called a “number of senators” are serious about blocking Trump’s lousy judicial nominees if his headlong rush into a trade war, among other things, isn’t stopped. Flake: “I do think that unless we can actually exercise something other than just approving the President’s executive calendar, his nominees, judges, that we have no reason to be there. So I think myself and a number of Senators, at least a few of us, will stand up and say let’s not move any more judges until we get a vote, for example, on tariffs.”

Flake told Stephanopoulos “The Mark Sanford loss clarified something if it wasn’t clarified before. You can’t, as a Republican these days, stand in– in– you know, in opposition to some of the president’s policies or– or not condone his behavior and expect to win a Republican primary. That’s the reality and then we’re seeing that played out.”

Yeah, Corker was right– it’s a fucking cult! Academic cult expert and author Janja Lalich: “The people around Trump, and the Republicans in Washington, absolutely kowtow to him, either out of fear they’re going to anger him, or out of adulation. That behavior is very typical of a cult… I think you have to look at the effect of Trump’s behavior and language on his base. He readily ridicules and chastises people. He readily pushes people aside if they’re not worshipping him. We’ve all seen the videos of his aides praising him to high heaven. That’s the kind of adulation cult leaders expect and demand… Cult leaders constantly need to rev up their people. That’s one of the challenges of being a charismatic leader. You have to keep people enchanted with you. Him holding these rallies is both a recruitment technique and a way to keep his followers happy. He’s showing him in their presence– being there for them, talking to them, relating to them. All of that helps to solidify their cult membership, so to speak. It reinforces the idea that they’re a special group of people following this very special man. With Trump, it’s not a religion, but there’s the same kind of fervor.”

Trump is happily making these pronouncements and expecting everyone to go along with him, and he’s not getting much flack. Most of his followers have bought into his fear-mongering, which creates an us vs. them mentality that is typical of a cult.

…Separating the cult from the rest of the world is pretty much what all cults do. That doesn’t mean you have to live in a compound. It just means that, in your thinking, you’re part of this special elite, separate from the unworthy… Once you internalize that, you’re done for.

Don’t forget to vote tomorrow if you live in New York, Maryland, Colorado, Oklahoma or Utah. Try bringing some friends along. I doubt Flake– or even Romney– is going to stop Trump or turn the GOP away from their dedication to fascism and their ugly new cult. But you know who could? Alexandria Ocasio-Cortez, DuWayne Gregory, Michael DeVito, Jeff Beals, and Dana Balter in New York, Levi Tillemann, Saira Rao and Emily Sirota in Colorado, Tom Guild in Oklahoma and Maryland’s Ben Jealous.