The Scary Yoga Obsession
Share:FacebookTwitterEmailLinkedInReddit
In the Media

Thousands of young women have turned to the popular Dahn Yoga practice, and many say they love it. But now some former members are making shocking charges of greed, psychological manipulation and sexual assault. Who’s right?

Lucie Vogel tells a harrowing story, but it begins with a scene of complete serenity. Nine years ago, she says, she lay stretched out on a woven mat in a dimly lit room, breathing in the scent of incense. On the walls around her, posters bore the graceful strokes of Korean calligraphy. A man in a cotton tunic and loose-fitting pants was giving Lucie, then 20, what he called an energy evaluation, firmly applying pressure to various points on her body. This wasn’t exactly what she’d envisioned when she called to sign up for an introductory yoga class, but it felt good—really good—so she was going with the flow. And why not? Lucie, a sophomore at the intensely competitive Massachusetts Institute of Technology (MIT), had been feeling anxious lately, not like her usual outgoing and confident self. The product of a loving family, she’d always excelled in academics and just about everything she tried: She was an accomplished double bass player, a strong skier and a fearless mountain biker. But the rigors of studying to be an environmental engineer had become overwhelming, and she feared she would fall behind. Then she’d spotted a flyer for yoga and tai chi. “I thought it might help me feel more grounded and happy,” she says.
At the end of that first session in September 2000, Lucie says the instructor told her she had “energy blockages” that were likely contributing to her unhappiness. He said he believed she was seeking more from life. “Here I am, 20 years old, feeling the most relaxed I’ve ever been,” Lucie says, “and this mystical dude tells me he can help me find enlightenment. I’m like, OK!”
Lucie registered for a Dahn membership and started taking yoga classes several times a week.Within a month, she felt happier and less stressed; the lower back pain she’d had from a bike fall disappeared. But that’s where Lucie’s account of her experience with Dahn takes a turn. Her yoga practice, she says, quickly became more intense. She was taken under the wing of a “master” at the center, in whom she confided her growing fears about falling behind at school and her struggle to figure out what she was meant to contribute to the world. According to Lucie, the master said that she could solve all of her problems with more Dahn Yoga training. Intrigued, Lucie signed up for a series of workshops at Dahn centers. At the workshops, she says, she was taught that the path to her enlightenment lay in Dahn, but that the process of finding her true self would be painful and difficult. It was a challenge that Lucie, who’d always been competitive, found potently seductive. And so she began to turn away from her old routines—the long walks with her dog, the dinner parties with friends, the weekend ski trips and movie nights with her boyfriend—in favor of the new world she’d found within Dahn. “With most people, you encounter boundaries, a wall or distance,” says Lucie. “In Dahn, I felt genuine connections. People were so open and honest. They got to know me and advised me on how to manage things that felt unmanageable.”
Encouraged, she says, to focus her energies on her spiritual growth, she dismantled her old life piece by piece. She broke up with her boyfriend, traded in her jeans and T-shirts for traditional Korean clothing, chopped off her long curly hair, dropped out of MIT and began amassing huge debts to pay for classes and workshops. “Behind that sweet honey I was fed at the start,” says Lucie, “came, little by little, drops of poison.” Ultimately, she says, her seven years in Dahn damaged her family relationships, cost her nearly $85,000 and left her profoundly traumatized. Lucie isn’t the only one raising serious questions about the organization—others echo her experience and allege traumas of their own. But a vocal opposing camp extols the virtues of Dahn. What’s really going on in this popular yoga chain? 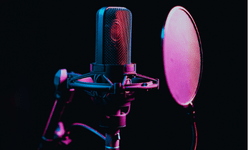