What Do Cult Leaders Have in Common?
Share:FacebookTwitterEmailLinkedInReddit
Articles & Presentations

What Do Cult Leaders Have in Common?

This article originally appeared on livescience.com. 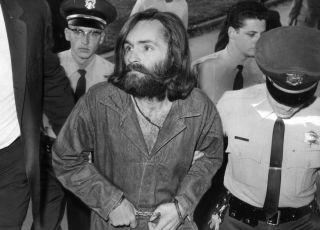 Charles Manson was living in squalor at an old Western movie lot anticipating a race war. Bhagwan Shree Rajneesh, the guru featured in the documentary “Wild Wild Country,” was indulging a penchant for Rolls-Royces while preaching spiritual enlightenment. Despite wide differences in goals, ideologies and lifestyles, cult leaders have some key traits in common. From studying the writings and biographies and witness accounts of cult leaders, researchers have pieced together certain characteristics that unite this rare group.

“I’d say first and foremost, probably every cult leader is a narcissist, and the extent to which his or her narcissism is negative — as one scholar called it, ‘traumatic narcissism’ — that’s going to have an effect on how the group is shaped,” said Janja Lalich, a cult researcher and professor emerita of sociology at California State University, Chico.

For a good example of traumatic narcissism at work, Lalich said you could look at the alleged sex-cult NXIVM (pronounced “nexium”) that sold itself as a self-help group to empower women. NXIVM founder Keith Raniere will go on trial in New York later this month on sex trafficking and and forced labor charges. An exposé in The New York Times in 2017 detailed how women in NXIVM were branded with a symbol that included Raniere’s initials and forced to follow “near-starvation diets” to be physically appealing to him. Former members have also alleged that they were coerced into sex with Raniere.

How do cult leaders persuade others into these abusive situations? Most cult leaders are very charismatic. But, as Lalich said, charisma is in the eye of the beholder; not everyone responds in the same way. (That’s why, when you see footage of Charles Manson, you might be deeply confused about how he was able to attract dozens of followers.) Cult leaders’ charisma also helps them set up a power imbalance between them and their followers.

“[Each leader] has been given this special status by the people who are in awe of him,” Lalich told Live Science. “Charismatic leaders tend to be intuitive. They’re able to read people. They thrive on chaos. They’ll create crisis situations. When they walk in the room, you never know if they’re going to be good and kind-hearted or be mean and call someone out or create some kind of dangerous situation.”

Their unpredictable nature and charisma allows cult leaders to be in control — which is by design, as these people are often power-hungry and authoritarian. “In most cases there is going to be some kind of indoctrination that teaches the followers that they have to have total regard for the leader,” Lalich said. “They may be required to dress a certain way, they may be required to speak a certain way, and they may be isolated from former friends and family because the leader is going to say they’re going to get in your way on your path to salvation.”

If their group gets big enough, cult leaders will often set up a hierarchy with underlings to carry out the demands of the leader using “charisma by proxy.” (NXIVM recruiters were apparently called “masters” and they sought to indoctrinate “slaves.”)

Cult leaders often have personal proclivities that shape their group. A cult leader’s sexual fantasies, for example, might translate into sexual abuse or sexual exploitation in their cult, according to Lalich. Or, a leader might be more interested in wealth and ostentatious displays, as was the case with Rajneesh, who owned 93 Rolls-Royces, and whose followers, all dressed in red, would throw flowers at him as he drove down the road of their commune.

Cult leaders typically make tantalizing promises — “either to change the world, change you, make you rich, make you beautiful,” Lalich said. But she stresses that “it’s really important for people to be savvy consumers and to really check someone out before you give yourself over.”