Yes, Your Wild, Wild Country Costume Is Offensive — Here’s Why

This article originally appeared on refinery29.com. 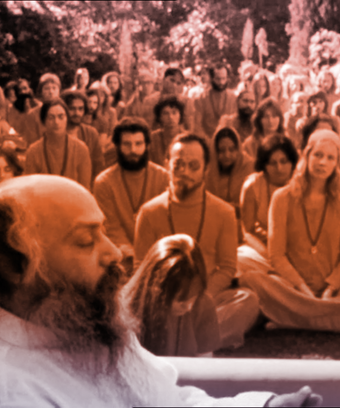 If you’ve felt like 2018 has been more cult-y than normal, you’re not alone.

This summer saw a wide range of show, movie, book, and podcast programming dedicated to the damaging and captivating world of cults in America, and beyond. Documentaries like Netflix’s Wild, Wild Country have become a part of pop culture, thanks to an Emmys win, a Saturday Night Live sketch, even serving as inspiration for an A-list girls’ trip.

With all that celebrity-infused cult culture, one might forget the actual circumstances behind the cults we watch on TV, and the jokes we make about their killer red and orange wardrobes, and how “cool” they seem. Some may even the Osho, the cult’s leader himself with his long grey beard, colorful robes, and steely gaze. In fact, actress Kate Hudson, along with a crew of friends,dressed up as Rajneeshee cult members, sparking debate on her Instagram post. So, is it appropriate to dress like a cult member? Have we become immune to the sensitivities around such a costume?

I asked cult researcher and author Janja Lalich, Ph.D., professor emerita of sociology at California State University, and a survivor herself, to tell me her unfiltered thoughts on the matter: Should anyone dress like a cult member for Halloween?

“No,” she tells me, point-blank. “Essentially, cult members are victims. They are victims of a situation of influence or control that they have been trapped and deceived, and I don’t think it is ever appropriate to make fun of victims. It doesn’t show any kind of empathy or understanding of what that world is really like, and the kind of things that cult members experience and suffer.”

It’s our overexposure to flashy cults that has made them seem more like fictional retellings, rather than stories about survivors, she says, comparing the idea of dressing up as someone in a cult to dressing up as a rape survivor. “It feeds into the misunderstanding that all cult members are freaks, and that something’s wrong with them,” she adds. “It’s a way for people to feel better about themselves like, ‘Oh, well that could never happen to me.‘”

Unlike, for instance, someone dressing up like The Handmaid’s Tale cast, cult members are real people, with real experiences — and no real statement is being made when dressing up like them. Dr. Lalich says she understands the appeal of being an Offred because of the political point it makes.

“It is saying that this is what our country is turning into, whereas dressing up like a cult member isn’t the same thing,” she says. “It is not making a political point, it’s humiliating. They weren’t ‘cool.’ Again, the ones who were involved [in Wild Wild Country] were victims of actually a very abusive cult. There was a lot of sexual abuse, and when it got to the more violent stuff in Oregon, it didn’t really matter what they were dressed like. It sort of has 2 elements: 1. We don’t want to make fun of victimized people. 2. We don’t want to aggrandize groups that are harmful.”

So put the red and orange robes down, because these are real people, not Netflix characters.

This story has been updated with additional reporting.